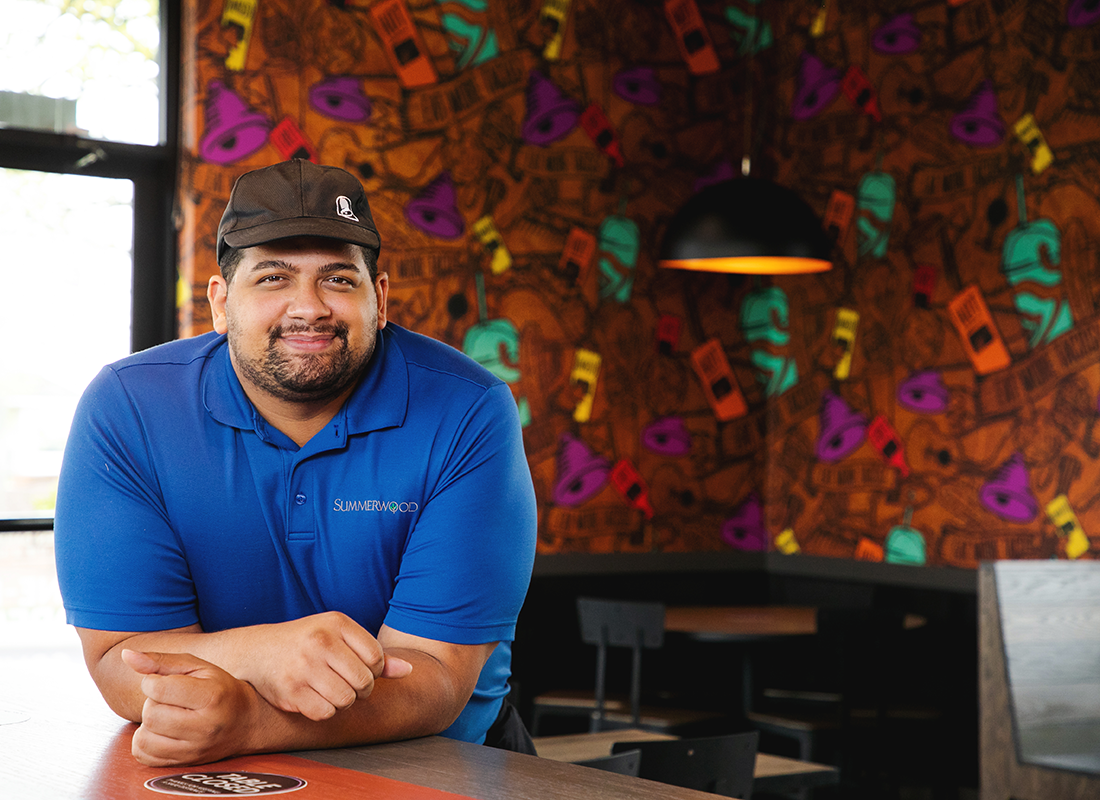 Eduardo was on the hunt for a job closer to home when he stumbled across an opportunity at Summerwood in 2008. No stranger to quick service restaurants, Eduardo was stuck in a rut with his current QSR job. He put in an application and was hired in August 2008 as a Shift Manager. Since then, he hasn’t looked back.

Eduardo slowly moved his way up the career ladder, all the while maintaining his college course work at Penn State.

“When I was in my General Manager role, I was still in college and working 45 hours a week,” Eduardo recalls. “I needed help covering bills and paying for school, so I enrolled in the company’s tuition reimbursement program.”

With financial aid, including book reimbursement, Eduardo was able to balance his education and his career. Plus, extra incentives like the company’s period bonus program and appreciation bonuses add value beyond words.

“It’s a family atmosphere here,” Eduardo says. “People feel like they belong here. My Summerwood experience is better than any other fast food franchisees I’ve ever worked for.”

Today, as an Area Coach, Eduardo is involved in many aspects of the business, including opening new stores, implementing an on-line form builder and overseeing a number of teams. With an interest in Human Resources, Eduardo is pursuing his MBA with an HR focus and hopes to continue to climb the career ladder to Region Coach.