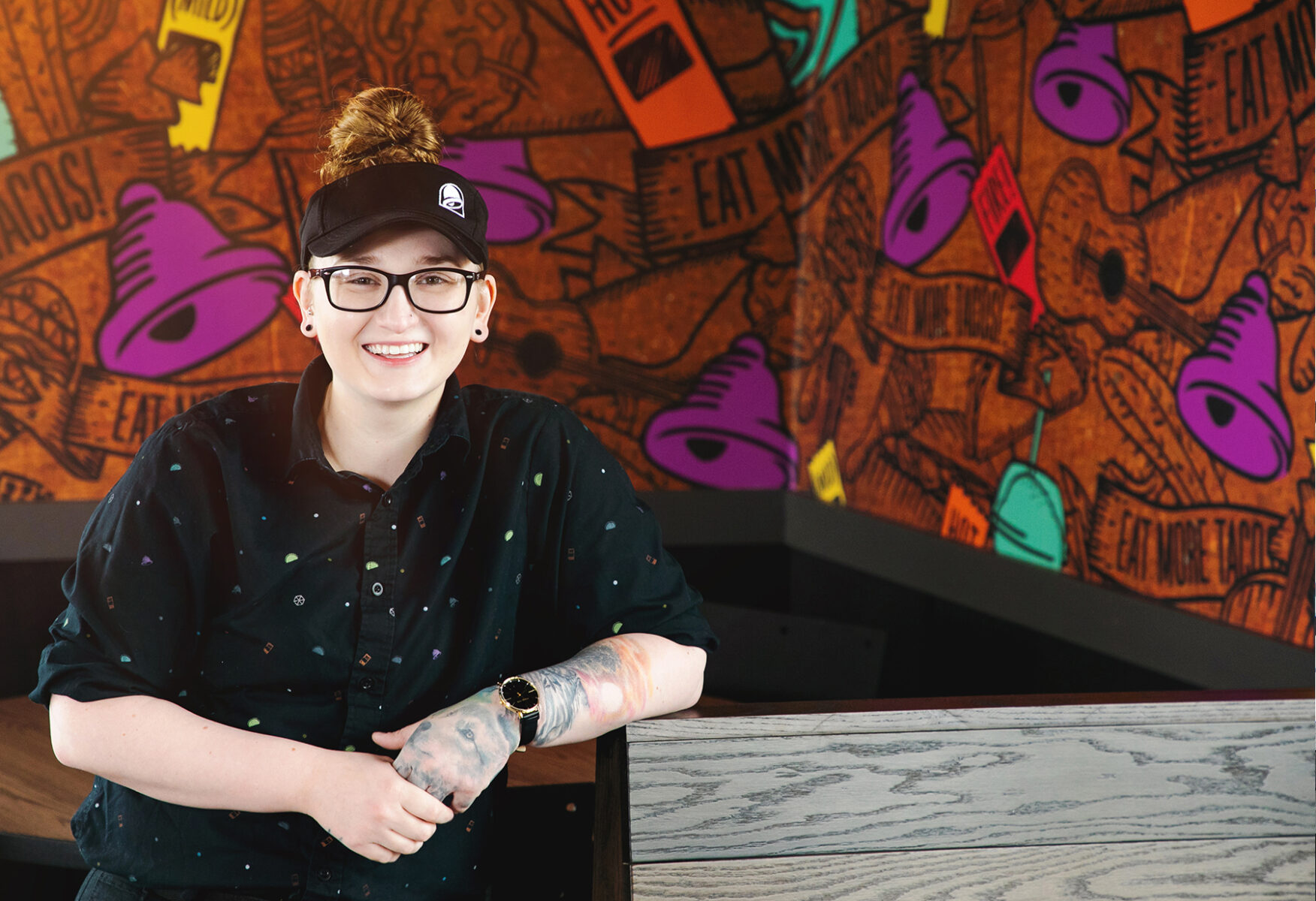 In 2015, Lauren was working two jobs, going to college, and living out of her car.

“I had nothing,” Lauren says. Then, she found Taco Bell. Today, as a restaurant general manager, she’s passionate about sharing career and life opportunities with her team.

“There’s no other company whose mission is about living,” she says, referring to Taco Bell’s Live Mas slogan. “I’ve never had more respect for any company that I’ve worked for.”

As a recipient of Taco Bell’s Live Mas Scholarship, Lauren appreciates the value that Summerwood places on education and passions outside of the workplace. And while she’s working toward graduating college, she doesn’t want to take her career outside of Summerwood. “I plan to bring all of my education right back here,” Lauren says. “I can’t see myself waking up and going anywhere else.”

Lauren attributes most of her success to her team, her brother, and her newfound Taco Bell family. “I went from having nothing, to running an entire restaurant. That’s life changing.”